How does the new Recreational Marijuana law affect Oregon Landlords?

As everyone in Oregon is aware, starting on July 1st, 2015 recreation marijuana use will be legal within the state of Oregon. Whether you are for or against the use of marijuana this is something that you will have to deal with as a landlord. They have established some of the rules surrounding the use of Marijuana as I will talk about in this article, but a lot is left up for determination by the OLCC.

The big question on a lot of landlords mind is if they can restrict the use of marijuana on their property. This hasn’t been officially decided yet and may never become a part of law. As it stands right now it seems that most things will follow the same rules as alcohol. Since the use of drugs and alcohol, which are not prescribed by a doctor, are not a protected class then the initial opinion is that you can restrict the use of marijuana in your lease as long as the tenant knows about it and they sign the lease contract agreeing not to use marijuana while living on the property. Obviously even if you support the use of marijuana then you will still want to maintain the no-smoking rules you have for inside your unit as the smoke will do damage to your property just like cigarette smoke. There are many other ways for them to ingest THC though so you won’t be completely restricting their ability to use the substance.

A lot of the rules that have been established do follow that of Alcohol. You must be at least 21 years of age to legally possess or consume marijuana, you cannot drive while under the influence of marijuana, and you are not allowed to use it in public. Use in public spaces is something that managers of multi-unit properties with common areas will need to be cognizant of. If there are hall ways, playgrounds, or any other common areas of your complex then it is not legal for them to use marijuana in those areas. So if you have a tenant that decides to break this portion of the law you would have grounds to evict them assuming that you have an illegal activity addendum or section of the lease that they signed. Pretty much any area that is not inside their private unit or is in plain view of the public (balconies) would be considered using marijuana in public.

People will be allowed to possess up to 8 ounces of usable marijuana inside their home and up to 1 ounce outside of their home. Usable marijuana is considered to be the dried flowers & leaves or finished product. Starting in July they will be able to share and give away recreational marijuana, but the OLCC won’t start accepting applications for wholesale or retail sales of Marijuana until January of 2016. So if you find out that any of your tenants are selling marijuana it will still be a violation of the law.

In my opinion the main thing that landlords need to monitor is their ability to grow up to 4 plants per residence out of public view. Since they can’t grow them in public view then they will most likely be grown inside the unit. When marijuana is grown there typically has to be alterations made to the property for ventilation and electricity in addition to high risks of water, mold, and dirt damage to the surrounding area that it is being grown. So be sure that tenants know they have to get your permission before making any alterations to the property as this is a lease violation for the majority of leases. Also be sure to stay on top of your inspections as a landlord. Within my company we do them once every 6 months, but work out a schedule that is best for you and be sure to do a thorough inspection. When it comes to grow rooms be sure to inspect any carpeting for mold growth. Look behind any reflective plastics or foil on the walls and ceilings for mold growth. And be sure to physically press on any sheetrock or wood surfaces to see if they have become soft from moisture damage.

For more information as it comes up you can visit the OLCC website and this page that they set up specifically for the recreation marijuana law, http://whatslegaloregon.com 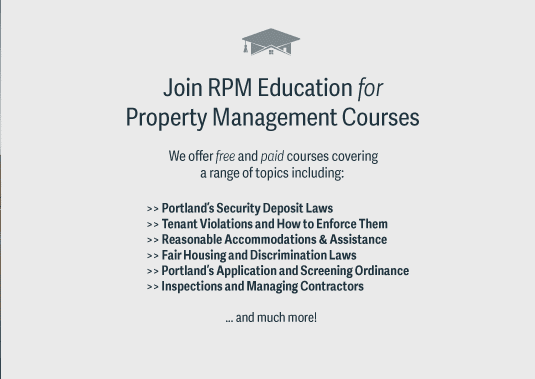